8 Mile Premium Vodka has arrived. The start of September proved to be a monumental day for the vodka industry in Metro Detroit as two sets of brothers, Michael and Anthony Tomey, as well as George and Alex Bourkoulas, officially moved forward with a partnership to take over the 8 Mile Vodka brand. The deal was expected to go through in May after initial conversations began in the winter of 2019, but the Covid-19 pandemic played a significant role in pushing back the official start date. For the four Detroit based owners, this was a no brainer.

“The connection to Detroit was the No. 1 thing,” said Michael Tomey, co-owner of the 8 Mile Vodka brand. “8 Mile is probably the most known thing about Detroit to people outside of Michigan. Obviously the ‘Motor City’ as well, but you say 8 Mile to anyone in the United States and they know. That really was a trigger point for us.

“We tried it and it was delicious, it was smooth. It was the connection to Detroit and the fact that the slogan ‘Born in Detroit’ is a part of it and the pride that people in Detroit have, we just knew that those two things being associated was a very big thing for us and something we wanted to be a part of.”

Not only is this group’s passion for Detroit and this Detroit based vodka palpable, the energy permeating throughout the Motor City since the launch just a few short weeks ago is already being felt. With an immediate push from an extensive network of friends, family and partners, as well as an increased social media presence pushing this Michigan made vodka, the four owners are already feeling the love from Detroit.

“Detroit loves to support Detroit,” Tomey said. “So on one end it is surprising to see some good excitement when we’re a few weeks into this thing and people want to support it and try it and things like that. But also it’s not a surprise because people from Michigan, from Detroit, love to support local.

“Our No. 1 goal is to do well in Metro Detroit. And I think that is achievable, attainable and something we can do hopefully soon, but we know things take time. Obviously if we can do things on a national level that’s huge, that’d be amazing, and I think that’s something that would be possible.

“But I think we need to think small to start and let’s do well in our own city and then we can go regional, national. Our goal ultimately is to be a household name in Detroit and in the State of Michigan.”

Distilled locally in the same building as Valentine’s Distilling in Ferndale, a company established in 2007 that has been named “World’s Best’ by The World Vodka Awards in London in 2016 and 2017, 8 Mile Vodka hopes to follow in those same footsteps.

“I think it’s the quality and the smoothness of the vodka,” Tomey said. “We’re a grain vodka, we’re not from corn or potato, and I think the smoothness of it is what makes us premium. We’ve heard from other people saying they aren’t getting headaches, people that don’t usually drink vodka saying they can drink this.

“I think there’s a premium standard that 8 Mile has that isn’t really matched in the 20 something price range. It’s the premium quality and smoothness that just drive it home.”

With a distinctive, Detroit vodka body featuring a full 8 and a map of the city of Detroit on the inside, 8 Mile Vodka is already building its foundation, creating a reputation for premium, affordable, local vodka with hopes of being the best vodka in Michigan. 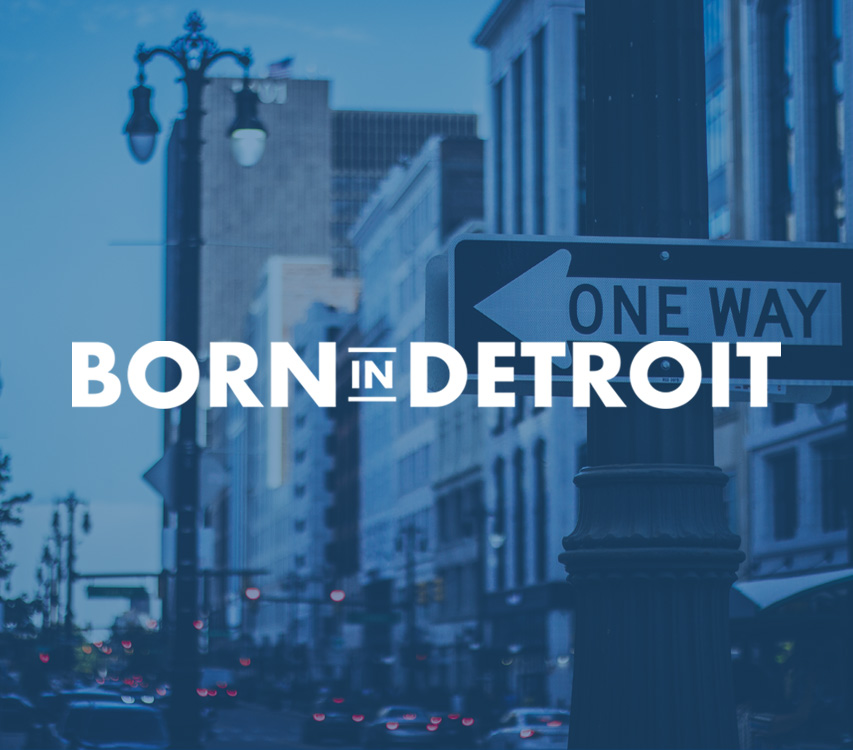